Home Fish Can Fish Eat Eggs? (All Species of Fish + All Kinds of Eggs)
FFish

Can Fish Eat Eggs? (All Species of Fish + All Kinds of Eggs)

Many fish eat their own eggs and that’s a well-known fact. But have you ever thought about feeding your fish other kinds of eggs? It may seem like a crazy idea, but appearances can be deceiving.

So do fish eat eggs? Yes, fish do eat eggs! Eggs can be a pretty good source of proteins for fish, which may be needed when they’re fry or even larvae. Especially yolk with its nutritious values is an awesome food to feed your small fish with.

In this article, we’ll cover what kinds of fish do like what kinds of eggs and how to feed them with it. Firstly, let’s cover the most common type of eggs, shall we?

Believe it or not, chicken eggs are good food for fry or juvenile fish and you may feed them to larvae, too, if needed.

Raw eggs contain avidin, which you shouldn’t let get near your fish. Regardless of that, there’s also a problem with big parts of the raw egg getting wasted after dissolving in the water.

Egg yolk is probably the most useful part regarding feeding your fish with eggs. They are very high in protein and an awesome choice of food for your fry.

They can, but it doesn’t make a lot of sense to feed them egg white since it doesn’t have any real nutritious value for fish. Boiled egg yolk is definitely a much better choice.

As mentioned above, boiling the egg is nearly necessary before feeding it to your fish, so yeah!

Scrambled eggs could be a somehow good choice while feeding for example your betta fish, but simply boiling the egg seems much more reasonable. Also, remember that salt and pepper may be harmful to your fish.

NO! While adding some eggshells to your aquarium is a good way to increase calcium levels in it, you have to make sure your fish won’t be able to actually eat them.

Absolutely, eggs are really good for them! It actually doesn’t make sense to feed eggs to fish adults, though, there are plenty better food options for them.

How Often Can You Feed Eggs to Your Fish?

As explained in the last answer, you’ll want to feed eggs only to small fish. Fry should be usually fed every 3 or 4 hours and you should be increasing the intervals between feedings slowly. After they get bigger, you don’t need to feed them that often, nor give them eggs at all.

How to Feed Eggs to Your Fish?

Boil an egg, separate the yolk, take just a bit of it (for one fry one-yolk would be, regarding portion, enough for nearly one month), put it into a cup of water, shake it and you’re ready to put that mixture into your aquarium. But remember, putting a lot of the mixture into the water at once may lead to your fish dying!

We would definitely recommend boiling your eggs and then feeding your fish the boiled yolk.

Is There Any Situation When Eggs Are Bad for Fish?

Definitely! You can’t feed every type of eggs to every fish species and you also need to understand in what parts of fish lifecycle it makes sense to feed eggs to them. But don’t worry, we’ll get into this.

Not all of them, but there are some species who love them, for example, puffers or loaches. Regarding puffers, it is good to wait for the snail eggs to hatch, though.

As with snail eggs, only some fish will enjoy eating frog eggs, for instance, koi or goldfish may have an appetite for them.

A lot of fish can eat shrimp eggs, but it may be even better to let those eggs hatch and then feed your fish the newly hatched shrimps.

Betta are one of the most popular fish species, so even though we’ve talked about them already, let’s get a closer look at them and eggs.

Yes, they do and they can get a lot of proteins from them! Some people even specifically mention feeding their betta fish scrambled eggs, but we’d still rather be going with boiling.

You bet they do, there are tons of examples of betta owners who had snails in an aquarium with them and noticed the bettas were eating their eggs. There’s no real need to feed those eggs to your bettas on purpose, though.

Similar to snail eggs, a lot of betta owners who paired them with frogs noticed frogs’ eggs getting lost. A lot of bettas apparently consider those eggs to be pretty tasty.

Betta fish definitely can eat shrimp eggs, but it is better to wait for the eggs to hatch and then feed them the baby shrimps.

Angelfish are one of the most known “cannibal” species since they often eat their own eggs or even fry. Can they eat other eggs as well, though?

Talking about the classic chicken eggs, they can! The boiled yolk is a good source of proteins and that’s simply good for angelfish fry.

They may, should they come by them in your tank, but feeding them with it frankly doesn’t seem like the best idea.

When angelfish find some fish eggs in the aquarium, they probably will eat them. No need to worry, though, they aren’t harmful to them.

Angelfish like shrimp eggs, but if you want to use shrimps to feed them, it’s smarter to let the eggs hatch and use the actual small shrimps afterward.

Who doesn’t love goldfish, am I right? But do they love eggs? Let’s find out.

We’ve already revealed to you that boiled chicken yolk can be used to feed many fish fry and goldfish aren’t an exception.

Goldfish love snail eggs (as well as tiny snails), so it is tricky to have goldfish and snails in the same tank. If you keep your fish well-fed, though, they should leave at least some of your eggs alone.

This goes for frog eggs, too. They definitely aren’t safe from goldfish and even if some tadpoles managed to hatch, they would most likely get eaten as well.

Many fish like to eat shrimp eggs or even small shrimps and with goldfish, it even makes sense to feed them shrimp (brine shrimp) eggs at purpose. They may actually be one of the best foods for goldfish fry.

Catfish could be a pretty well choice to maintain your aquarium and that means they’ll find a lot of eggs often, if you have other pets in there, too. But do they eat it?

Before getting into that, we must firstly look at chicken eggs, though – and as you could probably guess by now, yes, you can feed them even to catfish. Yolks are simply an awesome source of proteins and that’s useful while feeding nearly every fry.

Even though it seems strange, many catfish actually seem to love snail eggs. Therefore, they can be a pretty good choice, if you think there are too many snails in your tank.

The same goes for frog eggs which will be most likely (just like a tadpole) eaten often by your catfish.

And catfish eat shrimp eggs as well as shrimp fry, too, but you don’t need to worry your shrimp population won’t grow if you plan to have shrimps and catfish in the same aquarium.

Guppies are fish known for not laying eggs, does that mean they don’t eat them as well, though?

Nah, it doesn’t, even guppies fry do enjoy egg yolks. If you’re looking for an affordable and DYI way to feed your young guppies, here you go then.

When the mollies find some snail eggs, they will probably eat them. That doesn’t have to be a bad thing, though, since because of that you can use the guppies to moderate your snail population.

Neither frog eggs, nor tadpoles are usually being eaten by guppies, but there are some species so small guppies may have an appetite for them.

Guppies like shrimp eggs, but it is recommended to let your eggs hatch so that they’ll eat small shrimps instead.

Just like guppies, mollies themselves don’t lay eggs. Does it stop them from eating other ones?

Surprise, surprise, it doesn’t! Egg yolk’s simply so awesome source of protein, the majority of fish fry will be grateful for it, mollies not excluded.

Mollies most likely won’t eat snail eggs nor smaller snails, so you shouldn’t be worried about putting those two together.

Similarly, your frog eggs probably aren’t going to be eaten by your mollies, either.

Having your shrimps and mollies in the same tank is usually going to be a problem, though, since mollies seem to really like eating small shrimps and even the eggs. That also means you can use shrimp eggs (or rather little shrimps) to feed them, though.

Lastly, let’s get a look at neon tetras. Do even those beautiful little fish like their share of eggs?

You most likely already know the answer – ‘course they do! Boiled egg yolks are simply a pretty good choice while deciding what to feed your small fish even with neon tetras.

Tetras will eat nearly everything that fits into their mouth, so they indeed may eat snail eggs, should they come across them.

Frog eggs aren’t part of a typical tetras’ diet, but once again, if your neon tetra has an opportunity to eat them, it’ll probably do it.

Tetras will probably eat shrimp eggs if they get their hands onto them, but it is more reasonable to hatch your brine shrimp eggs and then feed your tetras with those little shrimps.

As strange as it may appear, tons of fish actually love eggs. You can use chicken eggs to feed fry and many fish (adult, too) will even not rarely eat some frog or shrimp eggs without you meaning them to.

Alex has been an animal and nature enthusiast since he was a little boy. He has a small farm in the countryside where he raises cows, chickens, and rabbits. 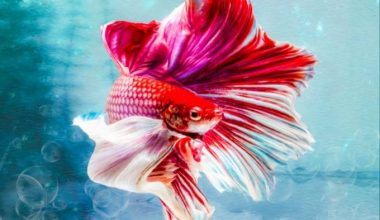 Read More
It is known that betta fish can eat bloodworms. But what about a slightly different kind of worm,…
BBetta 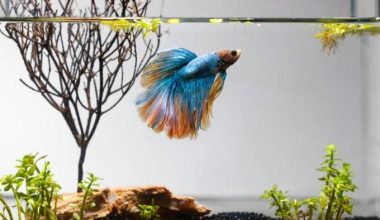 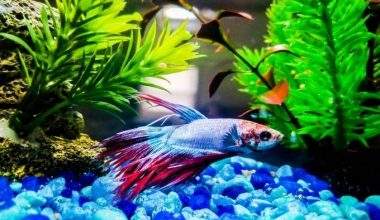 Read More
Are you looking for a snack that your betta fish will really love? You were thinking about blood…
BBetta 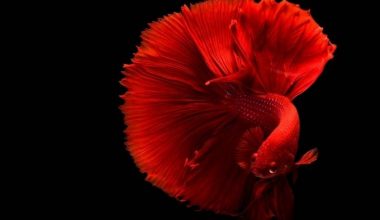 Read More
Earthworms are probably the most widespread species of worms. So this is why you’re probably wondering: Can betta…